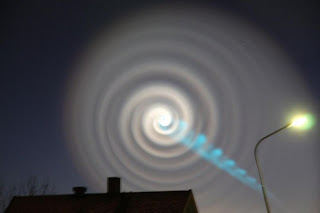 Following a cross-volley of interpretations of the Dec. 9, 2009 blue-green light vortex over Norway on the eve of Barack Obama’s Nobel Prize acceptance speech (Russian missile; ETs destroying Russian missile), two researchers have independently posited that HAARP, a space-based weapon of mass destruction one of whose antenna fields is close to the site of the Norwegian spiral light.

According to one of the researchers, David Wilcock (see below), one of his confidential sources stated the Norway spiral light was part of Project Blue Beam. Mr. Wilcock's interview appears on the Project Camelot Radio show with Kerry Cassidy.

One of the alleged purposes of Project Blue Beam is the use of advanced electromagnetic imaging such as that produced by HAARP and exhibited in the Norway spiral light as a psychological mass conditioning device in aid of the implementation of a global corporate new world order.

If this analysis is accurate, the Norwegian light may have been a HAARP-induced effect attempting to anchor an extraterrestrial-like or “transcendent” aura around U.S. President Barack Obama’s Nobel Prize acceptance speech in Oslo the following day, Nov. 10.


HAARP and the Norwegian spiral light

According to Mr. Wilcock, the Dec. 9, 09 Norway spiral light is similar to other spiral lights in Russia in 2006, and in China (first seen in April 2009) that may be attributed to the HAARP technology.

Mr. Wilcock states that the plasma effects exhibited by the Norway light were too dense to have been produced by a failed Russian missile. He reiterates that HAARP is most probably the cause of the spiral lights.

Although Mr. Hoagland in his analysis implies that the Norway light may have been a warning to President Barack Obama by the controllers of HAARP, the more likely scenario is that Mr. Obama now works in collaboration with the controllers of HAARP to use HAARP in the service of the implementation of a corporate new world order worldwide.

HAARP as a space-based weapon of mass destruction

HAARP is an exotic weapons system that is part of the weaponization of space, using "scalar wave interferometry" - a technology first discovered by scientist Nicola Tesla in the early 1900's. Two or more longitudinal, ultra-low frequency waves are “aimed” at an intersecting point, at which time they interact in a very unique way, “tapping” into the limitless plenum of energy surrounding the planet, and weaponizing this scalar energy. 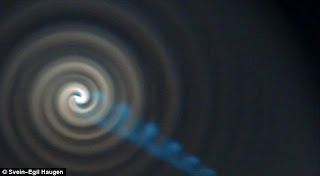 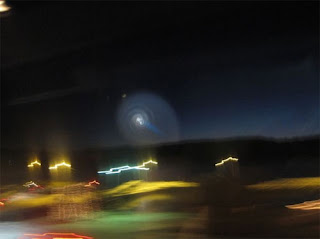 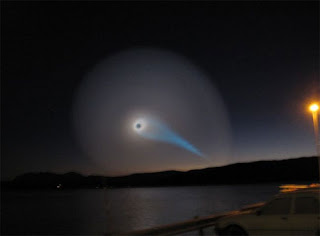 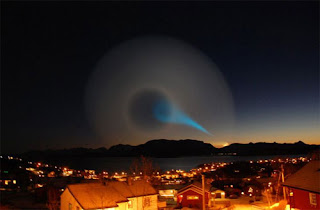 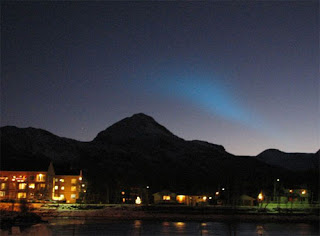 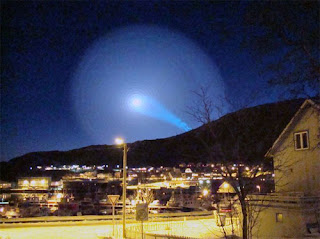 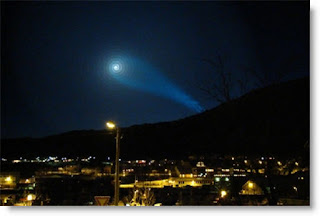 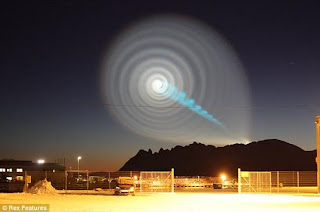