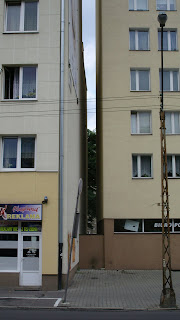 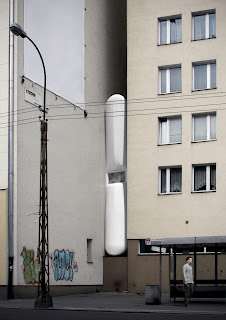 Polish architect Jakub Szczesny (Centrala) has designed an extremely narrow — but still liveable — house in Warsaw, Poland. Located in an alleyway between two buildings, the house will have ladders instead of stairs to walk up and down its four floors.

The house upon completion shall become the narrowest house in Warsaw, measuring an interior that will vary between 122 centimeters and 72 centimeters in its narrowest spot.

Mr. Szczesny built the house for Israeli writer, Etgar Keret, the symbolic patron of the project. Although Mr. Keret is Israeli, his parents met in Warsaw, which is why Mr. Szczesny wanted to build the house there.

Mr Keret will receive a key to the house and move in for the month of February, before deciding who will occupy the house next. The house will be completed by February 2012 and includes a kitchen, a bedroom, a lounge and a bathroom. 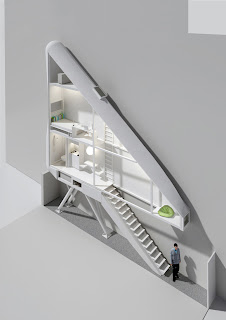 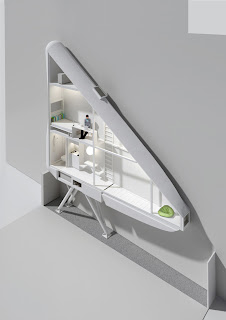 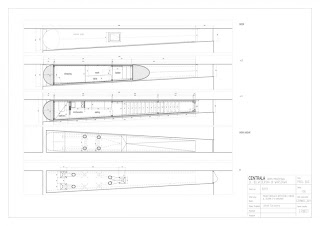