The Porsche Museum is a museum in the Zuffenhausen district of Stuttgart, Germany on the site of carmaker Porsche.

The new Porsche museum stands on a conspicuous junction just outside Porsche Headquarters in Zuffenhausen. The display area covers 5600 square meters featuring around 80 exhibits, many rare cars and a variety of historical models.

The musuem (official opening: 31 January 2009) is open Tuesday to Sunday from 9am to 6pm. Entrance price: 8 euros (4 euros for concessions, children 14 years and under get in for free when accompanied by an adult).

The museum was designed by the architects Delugan Meissl. The design concept is based on a model by HG Merz who was also involved in the building of the award winning Mercedes Benz museum.[1]

The original Porsche museum opened in 1976 in a side-road near the Porsche factory. It was a relatively small works museum with little parking space and it was only big enough to hold around 20 exhibits (in rotation).

Porsche built the museum as a kind of "rolling museum" with rotating exhibits from a stock of 300 restored cars, many in pristine condition and still in full driving order. Originally there was discussion that the new museum would be built alongside a new Mercedes-Benz museum on former trade fair grounds in the Killesberg area of Stuttgart.[1]. After the new Mercedes-Benz Museum opened in the east of Stuttgart in 2006, Porsche went ahead with plans to upgrade and extend its museum in the northern district of Zuffenhausen next to the company headquarters. Originally costs were set at 60 million euros but days before the official opening ceremony on 29 January 2009, it was confirmed that the actual costs hit 100 million euros[2]. 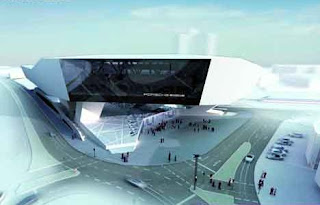 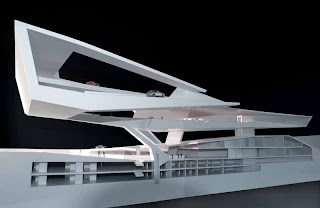 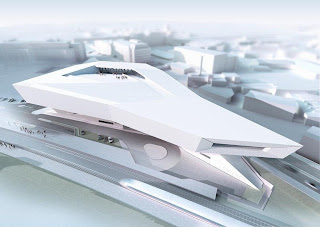 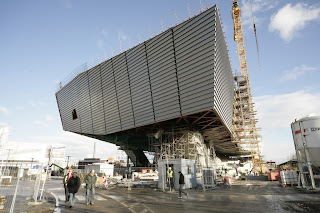