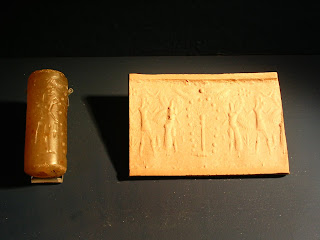 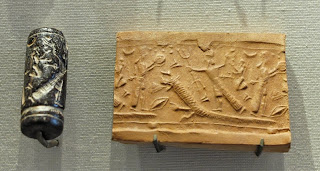 (French Sceaux-cylindres, German Zylindersiegel) are small (2-6 cm) cylinder-shaped stones carved with a decorative design in intaglio (engraved). The cylinder was rolled over wet clay to mark or identify clay tablets, envelopes, ceramics and bricks. It so covers an area as large as desired, an advantage over earlier stamp seals. Its use and spread coincides with the use of clay tablets, starting at the end of the 4th millennium up to the end of the first millennium.

After this time stamp seals are used again. Cylinder seals are important to historians. The seals were needed as signature, confirmation of receipt, or to mark clay tablets and building blocks.

The invention fits with the needs caused by the general development of city-states. Inscriptions are mostly carved in reverse, so as to leave a positive image on the clay with figures standing out. Some are directly carved and leave a negative imprint.

Stamp and cylinder seals for identifying ownership of property, and tokens for recording commodities, were other possible sources.


More than two thousand years later, in 2,308 BCE, the Sumerians developed their equivalent of the 11:57pm July 3rd 14,000 BCE sky chart and Narmer Plate combined. It comes in the form of a royal cylinder-seal depicting "The Sun is Risen". The purpose of the seal is to celebrate the Dawn of the Age of Aries. Perhaps not surprisingly it comes complete with Ancient Egyptian hieroglyphs. In linking the seal with the Ancient Egyptian 11:57 pm July 3rd 14000BCE sky chart the following need to be accounted for: the Celestial Sphinx and the Rising Sun, together with the Constellations of Orion, Gemini, Phoenix, and Grus. There are two other constellations on the sky chart, those of Taurus and Piscis Austrinus. 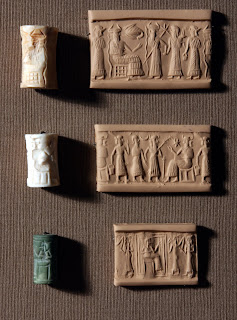 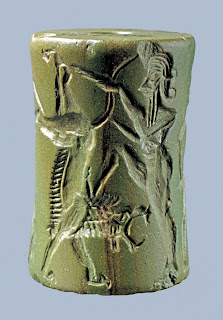 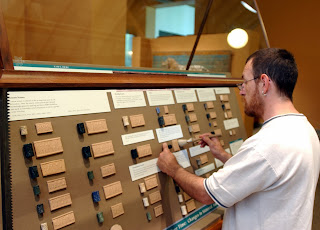