The history of the sculpture is varied and is illustrative of how sculpture has changed extensively over the ages. The art of sculpture continues as a vital artform worldwide. From pre-historic and ancient civilizations to the contemporary, from the utilitarian and religious to Modernist abstraction, and conceptual manifestations of both form and content, a continuous stream of creativity & an extremely modest show of compassion.

Sculpture has been central in religious devotion in many cultures, and until recent centuries large sculptures, too expensive for private individuals to create, were usually an expression of religion or politics. Those cultures whose sculptures have survived in quantities include the cultures of the Ancient Mediterranean, India and China, as well as many in South America and Africa. Moses's rejection of the Golden Calf was perhaps a decisive event in the history of sculpture. Aniconism remained restricted to the Jewish, Zoroastrian and some other religions, before expanding to Early Buddhism and Early Christianity, neither of which initially accepted at least large sculptures. In both Christianity and Buddhism these early views were later reversed, and sculpture became very significant, especially in Buddhism. Christian Eastern Orthodoxy has never accepted monumental sculpture, and Islam has consistently rejected all figurative sculpture. Many forms of Protestantism also do not approve of religious sculpture. There has been much iconoclasm of sculpture from religious motives, from the Early Christians, the Beeldenstorm of the Protestant Reformation to the recent destruction of the Buddhas of BamyanTaliban. by the Sculpture as an art form goes back to Prehistoric times. Most Stone Age statuettes were made of ivory or soft stone, however some clay human and animal figures have been found. Small female statues known as Venus figurines have been found mainly in central Europe. The Venus of Willendorf (24,000-22,000 BC), from the area of Willendorf, Austria, is a well-known example.

Later, in the Near East, (the area between the Tigris and the Euphrates Rivers), the Sumerian, Akkadian, and Babylonian kingdoms flourished. Materials used for sculpture during this time included basalt, diorite (a type of dark, coarse-grained stone), sandstone, and alabaster. Copper, gold, silver, shells, and a variety of precious stones were used for high quality sculpture and inlays. Clay was used for pottery and terra cotta sculpture. Stone was generally rare and had to be imported from other locations.

Sculptures from the Sumerian and Akkadian period generally had large, staring eyes, and long beards on the men. Votive stone sculptures of this type from 2700 BC were discovered at Tell Asmar. Many masterpieces have also been found at the Royal Cemetery at Ur (2650 BC). Among them are a wooden harp with gold and mosaic inlay with a black-bearded golden bull's head.

Worldwide, sculptors have usually been tradesmen whose work is unsigned. But in the Classical world, many Ancient Greek sculptors like Phidias began to receive individual recognition in Periclean Athens, and became famous and presumably wealthy. In the Middle Ages, artists like the 12th century Gislebertus sometimes signed their work, and were sought after by different cities, especially from the Trecento onwards in Italy, with figures like Arnolfo di Cambio, Nicola Pisano and his son Giovanni. Many sculptors also practised in other arts, sometimes painting, like Andrea del Verrocchio, or architecture, like Giovanni Pisano, Michelangelo, or Jacopo Sansovino, and maintained large workshops.

From the High Renaissance artists like Michelangelo, Leone Leoni and Giambologna could become wealthy, and ennobled, and enter the circle of princes. Much decorative sculpture on buildings remained a trade, but sculptors producing individual pieces were recognised on a level with painters. From at least the 18th century, sculpture also attracted middle-class students, although it was slower to do so than painting. Equally women sculptors took longer to appear than women painters, and have generally been less prominent until the 20th century at least. 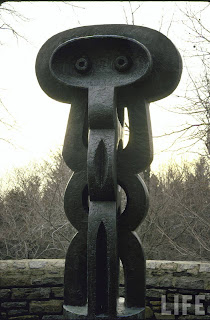 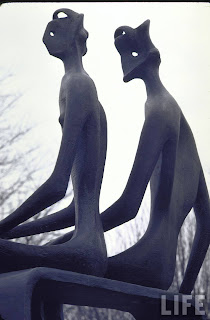 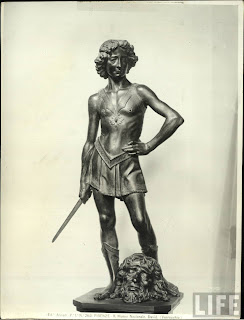 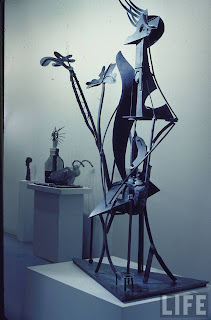 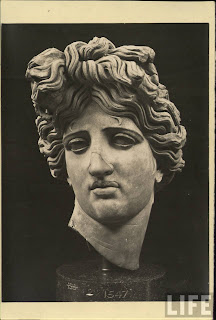 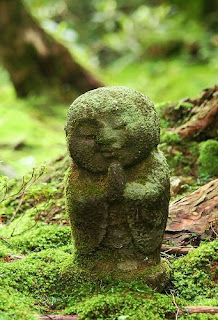 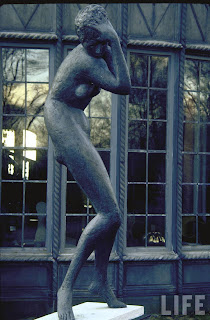 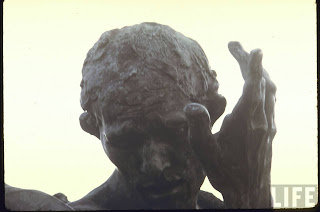 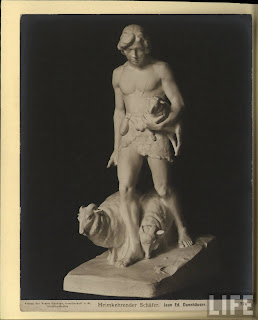 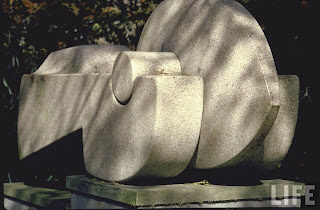 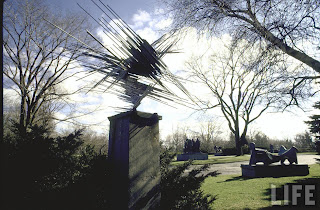 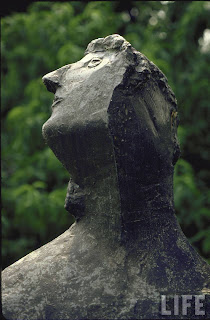 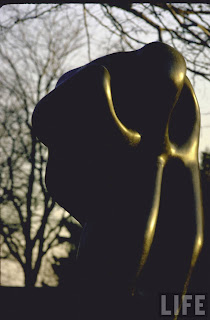