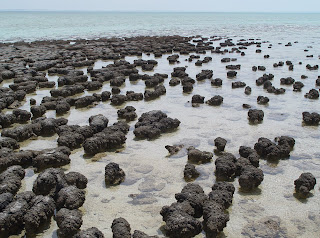 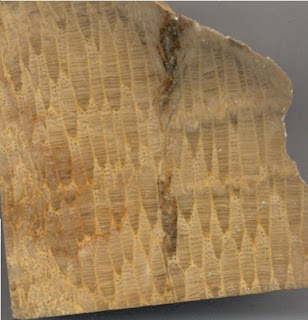 Stromatolites (from Greek στρώμα, strōma, mattress, bed, stratum, and λιθος, lithos, rock) are layered accretionary structures formed in shallow water by the trapping, binding and cementation of sedimentary grains by biofilms of microorganisms, especially cyanobacteria (commonly known as blue-green algae). They are the oldest living organisms on the planet, and are believed to be the first living organisms on Earth.[1]

Earth’s oldest fossils are the stromatolites consisting of rock built from layer upon layer of sediment and other precipitants.[3] Based on studies of now-rare (but living) stromatolites (specifically, certain blue-green bacteria), the growth of fossil stromatolitic structures was biogenetically mediated by mats of microorganisms through their entrapment of sediments. However, abiotic mechanisms for stromatolitic growth are also known, leading to a decades-long and sometimes-contentious scientific debate regarding biogenesis of certain formations, especially those from the lower to middle Archaean eon. 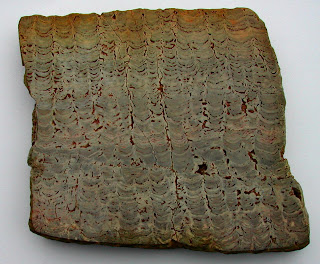 It is most widely accepted that stromatolites from the late Archaean and through the middle Proterozoic eon were mostly formed by massive colonies of cyanobacteria (formerly known as blue-green "algae"), and that the oxygen byproduct of their photosynthetic metabolism first resulted in earth’s massive banded iron formations and subsequently oxygenated earth’s atmosphere.

Even though it is extremely rare, microstructures resembling cells are sometimes found within stromatolites; but these are also the source of scientific contention. The Gunflint Chert contains abundant microfossils widely accepted as a diverse consortium of 2.0 Ga microbes.[4]

In contrast, putative fossil cyanobacteria cells from the 3.4 Ga Warrawoona Group in Western Australia are in dispute since abiotic processes cannot be ruled out.[5] Confirmation of the Warrawoona microstructures as cyanobacteria would profoundly impact our understanding of when and how early life diversified, pushing important evolutionary milestones further back in time (reference). The continued study of these oldest fossils is paramount to calibrate complementary molecular phylogenetics models. 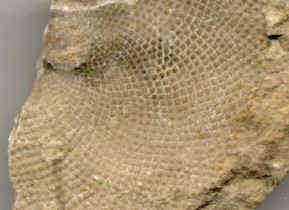 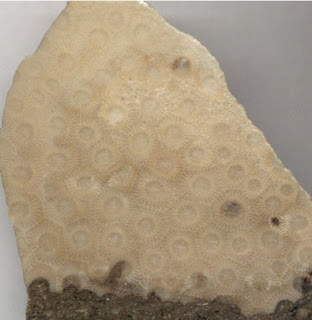 Cyanobacteria Relationship to Earth's History
The biochemical capacity to use water as the source for electrons in photosynthesis evolved once, in a common ancestor of extant cyanobacteria. The geologic record indicates that this transforming event took place early in our planet's history, at least 2450-2320 million years ago (mya), and probably much earlier. Geobiological interpretation of Archean (>2500 mya) sedimentary rocks remains a challenge; available evidence indicates that life existed 3500 mya, but the question of when oxygenic photosynthesis evolved continues to engender debate and research. A clear paleontological window on cyanobacterial evolution opened about 2000 mya, revealing an already diverse biota of blue-greens. Cyanobacteria remained principal primary producers throughout the Proterozoic Eon (2500-543 mya), in part because the redox structure of the oceans favored photautotrophs capable of nitrogen fixation. Green algae joined blue-greens as major primary producers on continental shelves near the end of the Proterozoic, but only with the Mesozoic (251-65 mya) radiations of dinoflagellates, coccolithophorids, and diatoms did primary production in marine shelf waters take modern form. The most common cyanobacterial structures in the fossil record include stromatolites and oncolites. Cyanobacteria remain critical to marine ecosystems as primary producers in oceanic gyres, as agents of biological nitrogen fixation, and, in modified form, as the plastids of marine algae.[10] 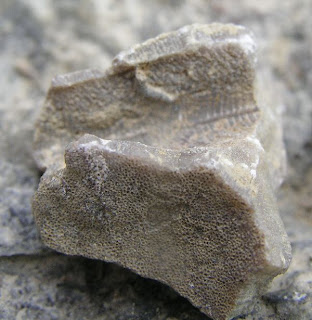 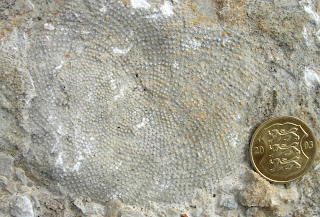 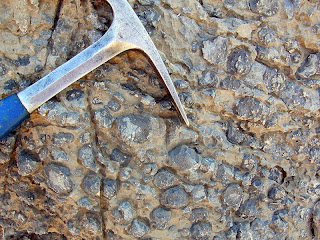