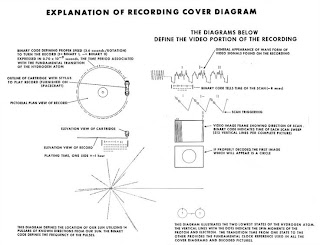 The Voyager Golden Record is a phonograph record included in the two Voyager spacecraftextraterrestrial life form, or far future humans, that may find it. The Voyager spacecrafts are not heading towards any particular star, but in about 40,000 years Voyager 1 will be within 1.6 light years of the star AC+79 3888 in the Ophiuchus constellation.[1] launched in 1977. It contains sounds and images selected to portray the diversity of life and culture on Earth. It is intended for any intelligent

As the probes are extremely small compared to the vastness of interstellar space, it is extraordinarily unlikely that they will ever be accidentally encountered. If they are ever found by an alien species, it will most likely be far in the future, and thus the record is best seen as a time capsule or a symbolic statement rather than an attempt to communicate with extraterrestrial life. 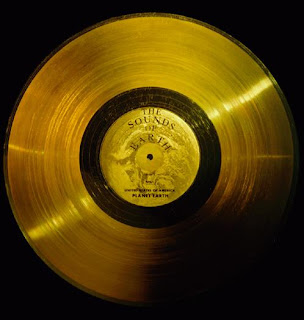