Yuri Nikolaevich Denisyuk (Russian: Юрий Николаевич Денисюк; July 27, 1927, Sochi – May 14, 2006, Saint Petersburg) was a Soviet physicist known for his contribution to holography, in particular for the so-called "Denisyuk hologram". 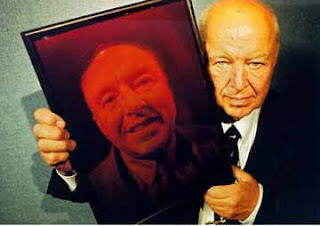 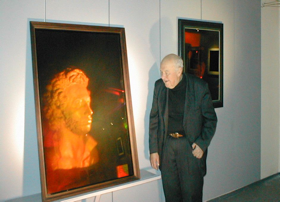 After the discovery of white-light holography by Professor Yuri Denisyuk (St.Petersburg, Russia) in the 1960s and the coming of lasers, museum objects and artifacts became the first subjects of holographic recording. Famous museums throughout the world provided artifacts to record as holograms, which reconstruct three-dimensional images of objects with high resolution and maximum accuracy. The principle of Denisyuk holography is rather simple to understand.

Working at the State Optical S.I. Vavilov Institute in Leningrad (now St.Petersburg), Prof. Denisyuk developed a technique to use He/Ne and Kr lasers (red band of spectra) and his own high definition photomaterials, sensitized to red light, to create a gallery of high quality holograms of objects from the Hermitage, including large sizes (up to 80 x 120 cm).