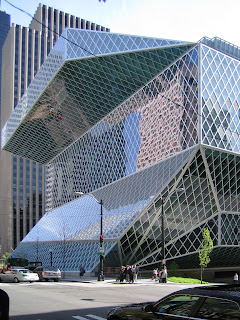 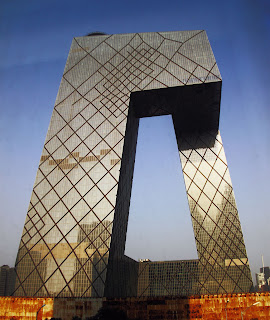 Remment Lucas Koolhaas (English pronunciation: /ˈrɛm ˈkɔːlhɑːs/; born 17 November 1944) is a Dutch architect, architectural theorist, urbanist and "Professor in Practice of Architecture and Urban Design" at the Graduate School of Design at Harvard University, USA. Koolhaas studied at the Netherlands Film and Television Academy in Amsterdam, at the Architectural Association School of Architecture in London and at Cornell University in Ithaca, New York. Koolhaas is the founding partner ofOMA, and of its research-oriented counterpart AMO, currently based in Rotterdam, Netherlands. In 2005 he co-founded Volume Magazine together with Mark Wigley and Ole Bouman.
In 2000 Rem Koolhaas won the Pritzker Prize. In 2008 Time put him in their top 100 of The World's Most Influential People. 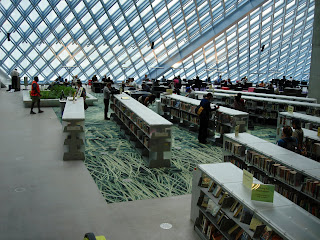 In their Citation, the Pritzker Prize Jury described Rem Koolhaas as a visionary and a philosopher. Critics have argued that Koolhaas ignores all consideration for beauty and taste. And, in our discussion forum, one reader responded that Koolhaas designs are "the result of architecture that wants to be different, only different."

Rem Koolhaas is, in fact, so different that scholars have difficulty classifying him. Is Koolhaas's work:
A design like the Seattle Public Library defies labels. The Library appears to be made up of unrelated, disharmonious abstract forms, having no visual logic. And yet the free-flowing arrangement of rooms is founded in logic and functionality.

But never mind the theoretical mumbo-jumbo. How are we to respond to structures with glass floors or erratically zigzagging stairs or shimmering translucent walls? Has Koolhaas ignored the needs and aesthetics of the people who will occupy his buildings? Or, is he using technology to show us better ways to live? 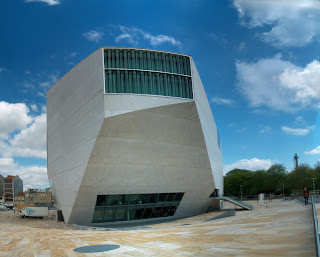 According to the Pritzker Prize Jury, Koolhaas's work is as much about ideas as it is buildings. He became famous for his writings and social commentary before any of his designs were constructed. And, some of his most celebrated designs are still only on the drawing board.
Now it's your turn to be the judge. Join us on a virtual tour of architecture by Rem Koolhaas. View photos of his work and read about his life and his ideas. Then, answer our Rem Koolhaas poll, or log onto our discussion forum and tell us what you think.
Found Here:  http://architecture.about.com/od/ideasapproaches/a/koolhaas.htm 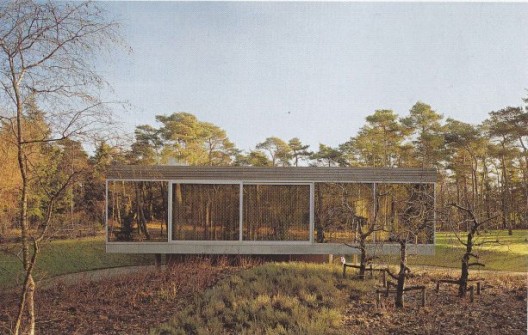 © Christian Ritchers
One of the most prominent aspects of a design, if not the most important, is the consideration of the context and environment in which the proposed design will be found. In the case of the Dutch House by Rem Koolhaas, the unique and very challenging environmental conditions and topography of the site led to a design with interesting conditions that respond to these conditions.
More on the Dutch House in The Netherlands after the break. 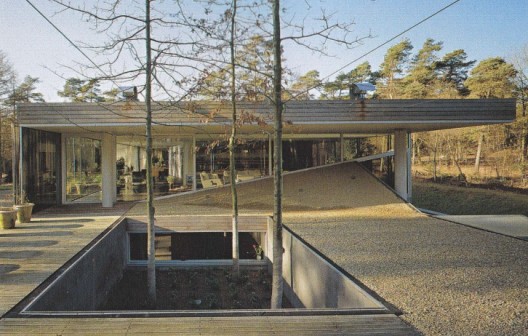 © Christian Ritchers
Not only is the design limited to a four-meter height restriction, it was to be situated on a highly uneven topography yet maximize space for specific program in the private-residence. Given the difficult site, Koolaas took it upon himself to incorporate a house both above and below ground, accommodating four bedrooms, a kitchen, living room, study and two terraces. 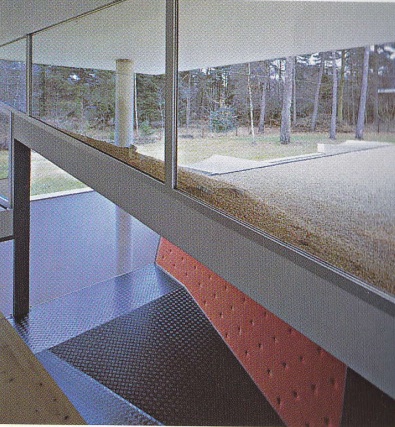 © Christian Ritchers
Program is based on the permanent occupancy of the two parents and the temporary and visiting occupancy of their three grown-up daughters. For times without visitors or daughters, the house is kept at a manageable scale through a programmatic split and literal slab. The intentions remained to maximize the total program while minimizing the amount of formal gestures. 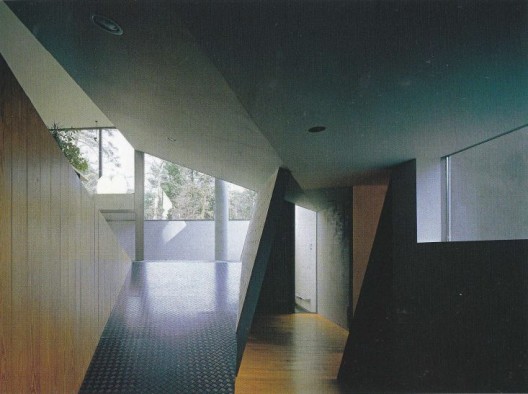 © Christian Ritchers
At the most basic level, one wall appears to wrap around as it defines a continuity of interior spaces and patios that function as the living spaces for the visiting daughters, remaining introverted and grounded. The wall contains all of the functional elements which allows the space surrounding it to be free and open within their glass box enclosure. A deck which appears to float becomes the supporting structure for the program of the parent’s living quarters. Connecting the two is a pivoting bridge and horizontal door that contributes patio spaces and service entries to both bedroom units. 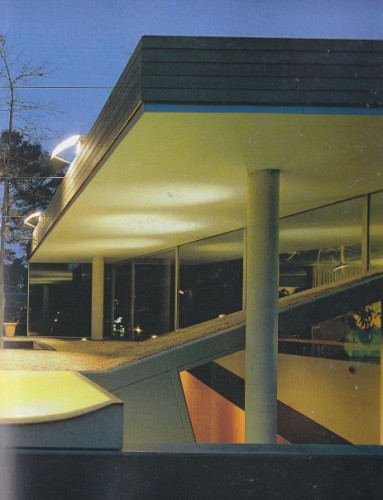 © Christian Ritchers
This dual relationship is further emphasized and expressed through the use of multiple different treatments of glass and uses of shadings according to program and orientation. Bridging the dichotomy (literally and figuratively) is a central ramp, which provides functional and visual connections between the two separate programmatic systems. 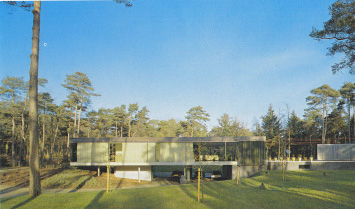 © Christian Ritchers
The site, totaling 5,000 square meters,  is embedded in golden “beachsand” in a forest of pine in The Netherlands. Restrictions were not limited to the difficult site, but were found in the requirements of maximum height and distance from the adjacent road (both four meters). The literal interpretation of the regulations gave Koolhaas a fundamental frame which would dictate the boundaries of possible length and height.
In terms of vehicular circulation, a drive-through path was carved out to enable successful and efficient accessibility and exiting.
Architect: Rem Koolhaas
Location: The Netherlands
Project Year: 1995
Photographs: OMA
References: OMA, El Croquis, Lucy Bullivant
Found Here:  http://www.archdaily.com/120340/dutch-house-rem-koolhaas/
Posted by Tim Razo at 3:04 PM