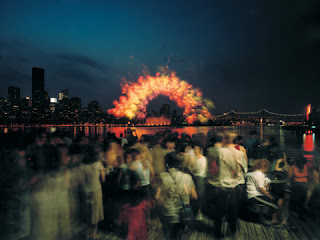 «Cai Guoqiang has been at the pyrotechnics game for over a decade now; each instance however seems to outdo the previous one in terms of geopolitical over-determination. Were the gathered heads of state, two weeks after the 9 11 attacks, prepared for such a round of joyous explosions at the 2001 APEC Summit in Shanghai? Did New Yorkers realise what was happening when, during the MOMA Queens opening in 2002, he exploded a Transient Rainbow over the East River?

Surely the Washingtonians, watching the barges circle and fire pretty coloured rockets in precisely alternating splendor, were unprepared for what followed. The FAA had been warned; the Delta and US Airways 737s preparing to touch down on the Reagan National tarmac were just feet above the crests of these dainty explosions, in some perverse twist on the bombs other, similarly marked, similarly silver American planes had grown accustomed to dropping on riverside cities elsewhere in the world. Or was the irony of this fluvial hijacking - the Potomac brought into the service of the PRC - not apparent to the huddled masses?» 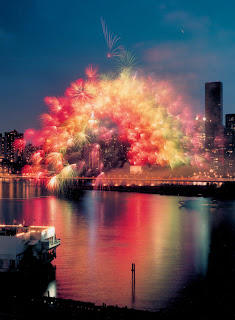 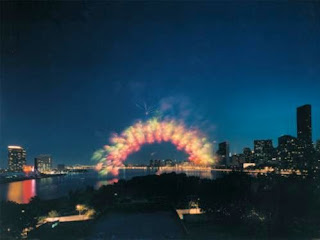 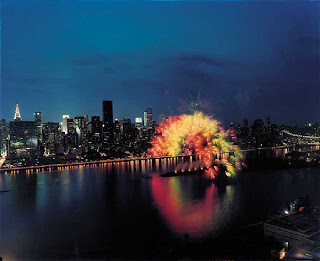 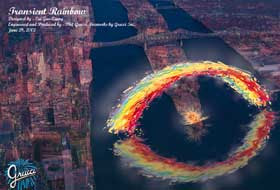