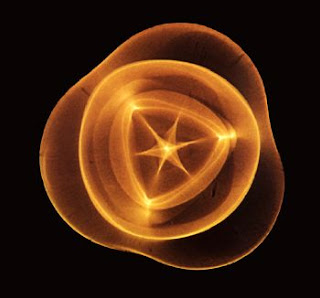 Cymatics (from Greek: κῦμα "wave"), also known as modal phenomena, is the study of visible sound and vibration, typically on the surface of a plate, diaphragm, or membrane. Directly visualizing vibrations involves using sound to excite media often in the form of particles, pastes, and liquids. [1]

The apparatus employed can be simple, such as a Chladni Plate[2] or advanced such as the CymaScope, a laboratory instrument that makes visible the inherent geometries within sound and music.
Found Here: http://en.wikipedia.org/wiki/Cymatics

Its obvious to me that the scientific community investigating "Oscillons" (part of non-linear dynamics) does not know about Dr. Jenny's work.

There are also far more links to be found on the web than I list here.

The truth is that sound creates a dynamic mandela-like pattern in every water molecule of your entire body. And, since your body is 90% water, the effect on your whole system is dramatic. In fact, your entire body (especially your skin) is actually an ear. When you consider the findings of Dr. Emoto, which prove that your intention changes the structure of water, then it becomes clear how sound and intention can create extraordinary changes in your body and consciousness.

Cymatics, the study of wave phenomena, is a science pioneered by Swiss medical doctor and natural scientist, Hans Jenny (1904-1972). For 14 years he conducted experiments animating inert powders, pastes, and liquids into life-like, flowing forms, which mirrored patterns found throughout nature, art and architecture. What's more, all of these patterns were created using simple sine wave vibrations (pure tones) within the audible range. So what you see is a physical representation of vibration, or how sound manifests into form through the medium of various materials.

Dr. Jenny's methodology was meticulous, well documented, and totally repeatable. His fascinating body of work offers profound insights into both the physical sciences and esoteric philosophies. It illustrates the very principles which inspired the ancient Greek philosophers Heraclitus, Pythagoras and Plato, on down to Giordano Bruno and Johannes Kepler, the fathers of modern astronomy. "In the beginning was the word..." takes on a whole new meaning while looking at these experiments!

These cymatic images are truly awe-inspiring, not only for their visual beauty in portraying the inherent responsiveness of matter to sound, but also because they inspire a deep recognition that we, too, are part and parcel of this same complex and intricate vibrational matrix.

Check out more details at www.cymaticsource.com 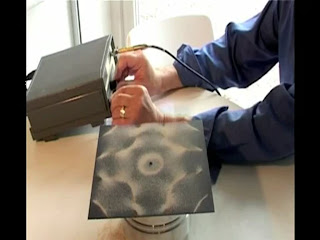 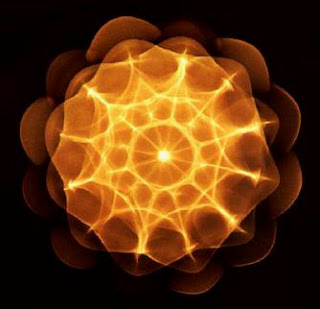 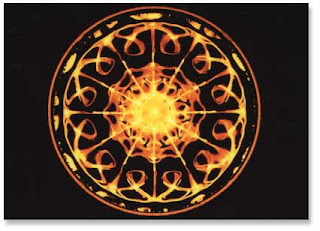 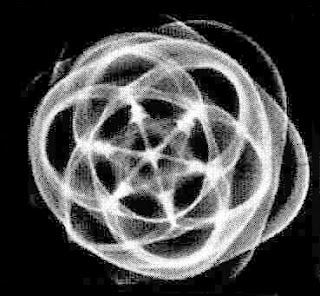 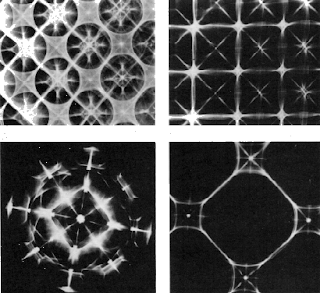