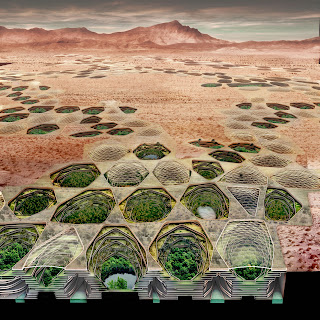 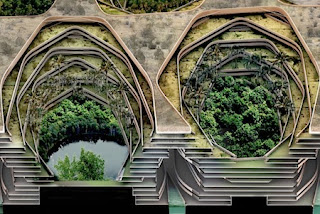 An underground Venice in the US Southwest? My ninjas, please. This was my second reaction to this project – after my inner sci-fi / dystopian fiction geek and Frank Herbert fan thought, “yeah, this is pretty dope – and I’d probably be down to live there”.

My peculiar willingness to live in a dystopian, water-starved future aside, the Sietch Nevada – designed by MATSYS for “Out of Water: Innovative technologies in arid climates”, exhibited earlier in ’09 at the University of Toronto – attempts to address the very real issue of the future of the increasingly arid American Southwest.

Lured by cheap land and the promise of endless water via the powerful Colorado River, millions have made this area their home. However, the Colorado River has been desiccated by both heavy agricultural use and global warming to the point that it now ends in an intermittent trickle in Baja California. Towns that once relied on the river for water have increasingly begun to create underground water banks for use in emergency drought conditions. However, as droughts are becoming more frequent and severe, these water banks will become more than simply emergency precautions.

Inverting the stereotypical Southwest urban patterns of dispersed programs open to the sky, the Sietch is a dense, underground community. A network of storage canals is covered with undulating residential and commercial structures. These canals connect the city with vast aquifers deep underground and provide transportation as well as agricultural irrigation. The caverns brim with dense, urban life: an underground Venice. 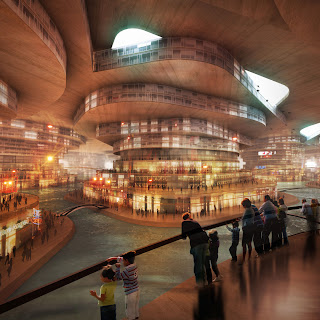 [View of the urban life among the water bank canals]

MATSYS has rooted the concept of this proposal, quite seriously, in the world created in the Dune novels. This fictional universe focuses on an arid planet, where the indigenous people live in ‘sietch‘ communities in the desert – conserving, recycling, and worshiping their water. Applying this concept to the American Southwest, MATSYS has created a subterranean city – taking the idea of waterbanking one step further, creating an underground canal system that both provides water to the inhabitants and allows for necessary irrigation of the proposed garden spaces in the center of each of the sietch’s cells.

This cellular structure, in plan, allows for the large underground structures seen in the rendering above – while creating large open spaces that open both to the sky or to the newly-formed cavernous world below. Those cells that open to the desert are terraced to allow for urban agricultural project, while those below open to create large civic spaces for public use – much like any other city. 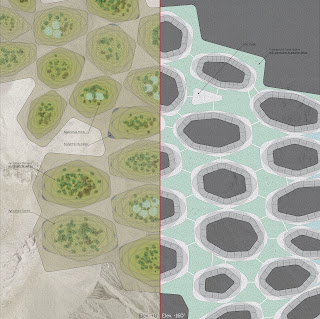 [Plan above ground (left) and below ground (right)]

The grim idea that we will need to retreat below-ground due to catastrophe aside, the concept of a subterranean metropolis carries fascinating implications. Would this be ‘greener’ than our current development? Could people really live like this, below ground, without being pushed to do so by some kind of devastating disaster?

Pretty sick, I think – no matter how you look at it.

Sietch – Cave warren inhabited by a Fremen tribal community; in the Fremen language, "Place of assembly in time of danger."[3] 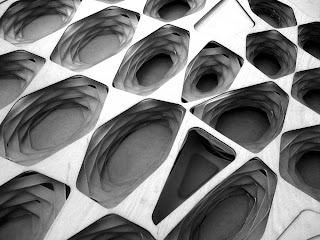