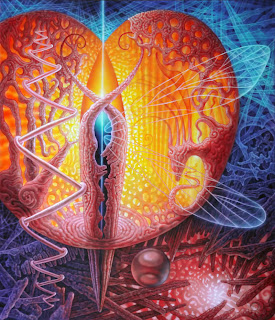 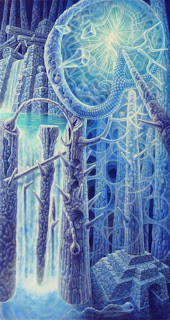 Sur-Naturalism is my style of art, attempting to emancipate and direct life's power and potency through pure forms and colour. It strives to represent the archetypes that are ever-present in nature. I use red to re-create the vital experience of initiation into a world where all living things act as stimulus for the human soul. Like magma and blood, red declares a duel between internal nature and externalnature. We can see said contrast in the red shrines of Japan, with the green forests surrounding them. The solemn art of the past, such as ancient Japanese earthenware, drew me to meditate upon the mythology from which it was inscribed. The paintings often reflect my experiences derived from karma,rooted in the duality between man and woman, killer and victim, mortals and nature.

I was born in the northern Japan in 1970. The culture of Aomori prefecture where I raised is different from the typical well known Japanese culture from Kyoto. The most popular summer festivals, Nebuta and Neputa represent primitiveness in such vivid colors and dynamic movements.

In high school, I was inspired by a book of paintings by HR Giger and the ideas of Rudolf Steiner. In art university I studied classical techniques and tried to use an airbrush and oil paints in exploring my own style; Sur-naturalism which is based on the primary colors and abstract archetypes..

My faith has been shaped by exploring the internal realms of creation; not relying on outer influences or the past. It might share the motivation of the artists who tried to develop abstract art in the early 20th century. The work to continue gazing at the darkness has been extremely difficult. In the mean time, I feel uncomfortable about the landscapes standardized by modernization. The beauty of tradition in?the artificial has been becoming too inferior due to commercialism and industrialism. This is the reason why I keep my images independent of outer environment as a conservative reformism. 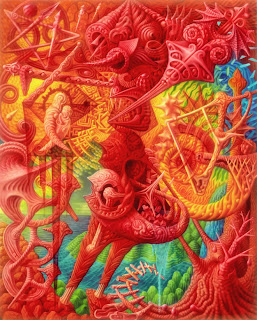 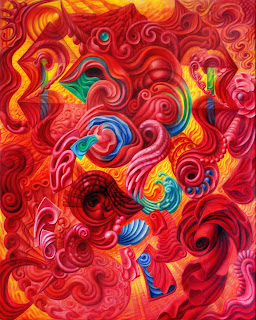 Ultimately 2 dimensional art should help create blue-print for 3dimesional objects which could be realized in the future. Art is laid between the natural and the artificial. It is unavoidable that art carries a role in directing the shape of manmade things and nature. My ambition is not to be in galleries or museums but to be in the fundamental places where we live, like our houses and offices, or the shrines and the festivals.

. I am curious about the artworks of the past, like ancient Japanese earthenware. It suggests to me that immortal archetypes in chaos could show us a mythology far beyond our words. I believe that primitive art works already achieved higher states than any other modern art. I think that the designs by ancient people were implicated to karma with the shapes of duality which meant woman and man, killer and victim. Those are reflected in my paintings subconsciously as well.

I chose red to recreate the experience of initiation into a place where all living things are activating our souls. Red also means anger and mercy, or destruction and creation. In this area we can’t distinguish the boundary between the inside and the outside. I have imagined that Japanese red shrines intimate our red blood which contrasts against the green forest. I thought red and green means a reversible relationship between internal nature and external nature.

Sur-nature and Super-nature are not the same. Sur-naturalism is a method of possibility to deal with primary phenomena within nature including the self of humankind. The sense for the archetypes is a key to open the secrets. As opposed to the supernatural, it can be perceived and understood in its entirety. 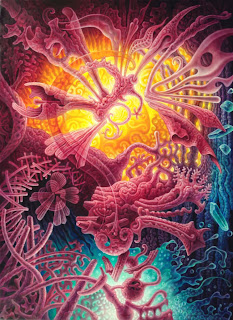 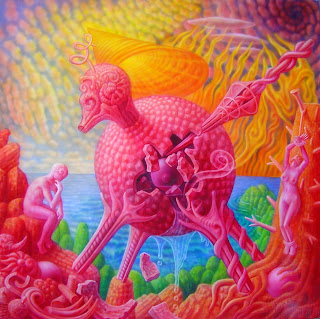 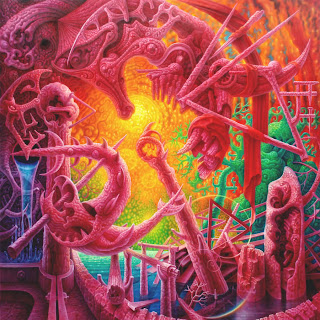 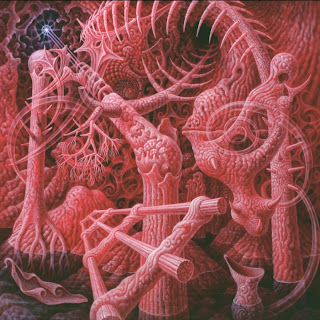 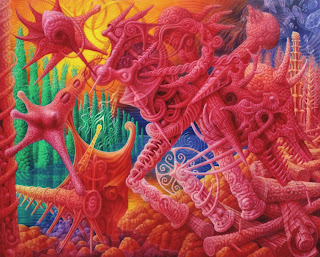 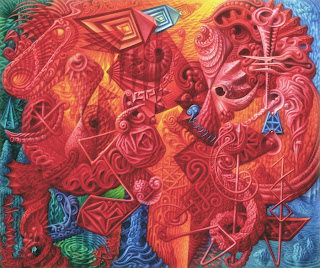 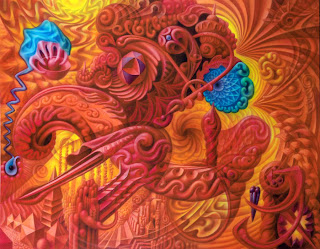 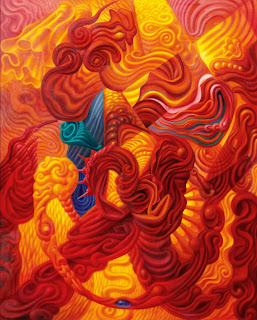 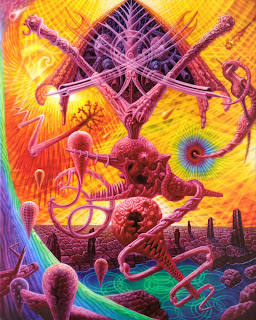 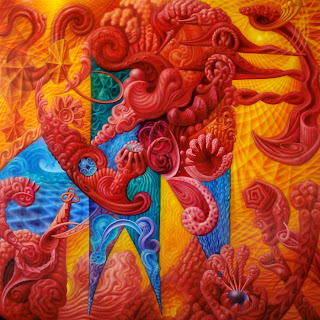 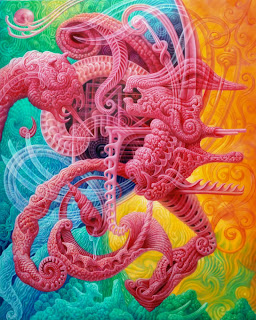 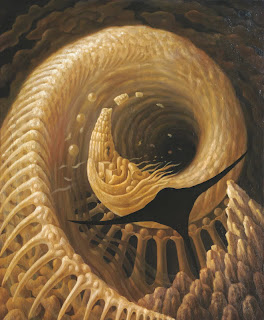 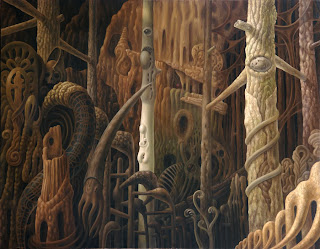