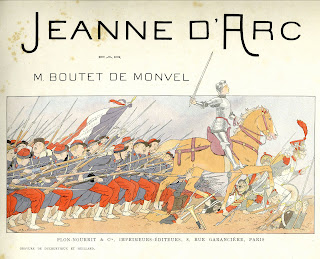 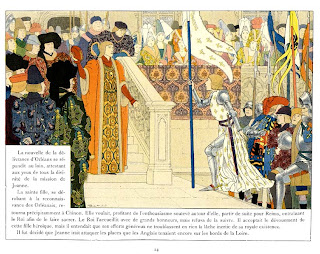 Louis-Maurice Boutet de Monvel (1851, Orléans, Loiret – 1913) was a French painter and illustrator best known for his watercolors for children's books.[1] He was a major figure in nineteenth century children's literature illustration.

Boutet de Monvel was an academic painter born in Orléans who studied at the Ecole des Beaux-Arts in Paris under Alexandre Cabanel, Gustave Boulanger, Jules Joseph Lefebvre, and Carolus Duran.[2][3][4][5]Salon de Paris and earned the medal of the third class in 1878 for a painting called "The Good Samaritan".[4][5]

During the late 1870s he exhibited at the

Boutet de Monvel began doing illustrations for financial reasons.[5] After contributing illustrations to several magazines he published Vielles Chansons et Rondes pour les Petits Enfants (Old Songs and Rounds for Small Children) in 1883, followed the next year by Chansons de France pour les Petits Français (Songs of France for Little French People).[5]Anatole France for Nos Enfants (Our Children) and a number of other children's books, many of which were translated into English in the early twentieth century.[5] Boutet de Monvel collaborated with

According to Anita Silvey in Children's Books and Their Creators, Boutet de Monvel's skill at capturing the moods of children made him a popular portraitist for the children of leading society families in France and elsewhere.[2][5] His work was warm and sensitive and he received so many commissions for portraits that he contemplated giving up book illustration.[5]

In 1895, however, he published an illustrated children's history of Joan of Arc which has been regarded as his masterpiece.[2][5] Working epic scenes in a muted palette that he described as "It's not color, really, it is the impression, the suggestion of color," he conveyed an emotional spirituality despite his disappointment with reproduction technology. The book gained esteem although he was neither a writer nor a historian.[5] It was republished in 1973 [6] and 1980.[5]

Boutet de Monvel's full-page illustrations have a nobility and grandeur akin to the great church frescoes of the Renaissance. Their pleasingly flat rendering combined with a sophisticated use of design elements…owe a debt to the Japanese prints so popular in the artist's day.[2]

Boutet's Joan of Arc work soon became known to the English speaking world through translation.[2] In 1899 he traveled to the United States to exhibit and received a commission from a wealthy American to create a series of large scale panels based upon his Joan of Arc illustrations.[5] Another six panels originally planned for the Joan of Arc chapel near her birthplace Domrémy-la-Pucelle, France became part of the collection at the Corcoran Gallery of Art in Washington D.C.[5]

The Buffalo, New York Fine Arts Academy, which held a collection of his works during World War I, assessed his style by stating "There is no unnecessary detail in his portraits, his studies, or any of his compositions."[3] In describing the illustrations among its exhibit a museum publication stated his "masterly creations stand out not merely as a graphic comment on the text but as a revelation of a subject which the writer has treated only in a fragmentary and superficial manner."[3]

Silvey ranks Boutet de Monvel alongside Kate Greenaway and Randolph Caldecott as leading figures of the nineteenth century golden era of children's book illustration.[5] He died in Nemours in 1913.[3] 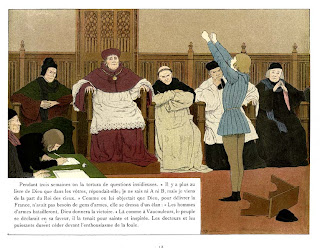 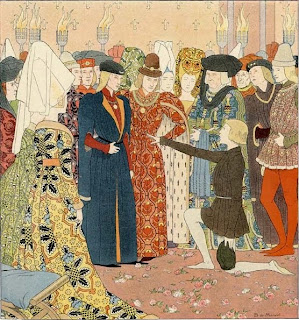 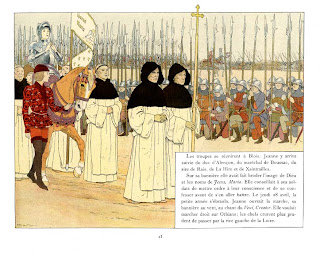 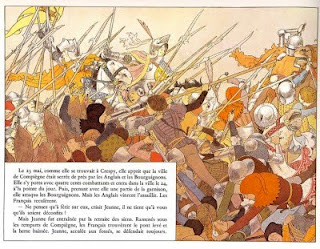