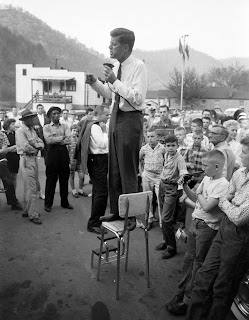 In another example of children being considered potential terrorists, a Massachusetts teacher sent home a note to each parent of her sixth-grade class banning all pencils and pens from school including the student’s person, backpack, and on the bus citing that they could be used in “weapon making”.

students would no longer be allowed to bring writing implements to school. It said pencils would be provided for students in class and any students caught with pencils or pens after Nov. 15 would face disciplinary action for having materials “to build weapons.”

After receiving several calls from the media, the school district quickly retracted the ban, stating that the teacher sent the notice on their own authority without prior approval of the school board.

This isn’t the first case of a teacher or school taking a drastic stance against minor and otherwise harmless items at school. A school in Rhode Island banned one student from wearing a hat that featured an American flag and plastic toy soldiers made in honor of soldiers. The 8-year-old boy made the hat as part of an assignment when they were to meet their pen-pals. He decided it would be a good idea to decorate it to be patriotic. The school disagreed.

A 7-year-old was expelled for over a year after a teacher found a toy gun in his backpack. The toy never left his bag, and wasn’t used in any threatening manor. The school board determined that the young boy should have to risk repeating the second grade as a just punishment for bringing a toy with him to school.

If that wasn’t crazy enough, a student was nearly expelled over a 2-inch Lego gun made for a policeman figure. The Staten Island student was playing with Legos during his lunch period when a teacher spotted a tiny toy gun no bigger than a quarter. This landed him in big trouble resulting in threatened suspension and even expulsion.

Are teachers, principals, and school board members taking their zero-tolerance policies just a little too far? While there is no denying that bringing a live firearm on school property should be strictly forbidden, instilling fear of retaliation by public employees for even possessing a toy leaves a lasting and potentially harmful mark on a child’s psyche. This is an early conditioning that teaches students to fear their own actions, and with notes like the one above banning writing utensils, to possibly submit to restrictions on creativity and expression. Keeping a journal or writing about your experiences was also banned in Orwellian 1984.

Note from Alex Jones: This is a form of mind control to teach children that the image of a gun in a slave’s hand is evil, while the same weapon in the hands of a swat team is good.

This is such an interesting blog. You are very knowledgeable about this subject. Please check out my site.
toy guns