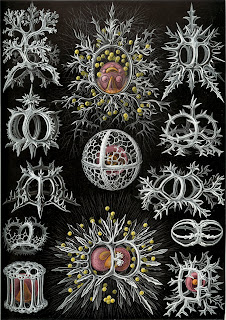 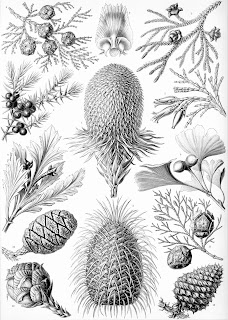 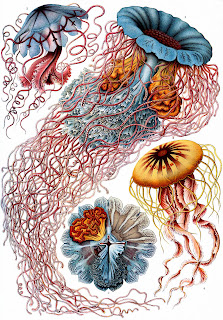 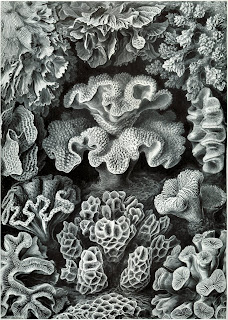 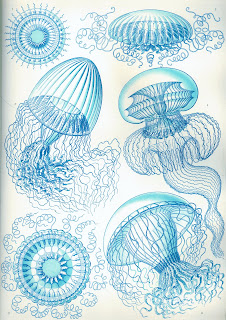 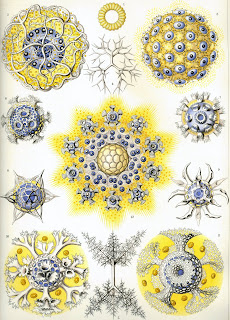 The published artwork of Haeckel includes over 100 detailed, multi-colour illustrations of animals and sea creatures (see: Kunstformen der Natur, "Artforms of Nature"). As a philosopher, Ernst Haeckel wrote Die WelträthselThe Riddle of the Universe, 1901), the genesis for the term "world riddle" (Welträthsel); and Freedom in Science and Teaching[2] (1895-1899, in English, to support teaching evolution.

Ernst Haeckel was born on February 16, 1834, in Potsdam (then part of Prussia). [3] In 1852, Haeckel completed studies at Cathedral High School (Domgymnasium) of Merseburg.[3] He then studied medicine in Berlin, particularly with Albert von Kölliker, Franz Leydig, Rudolf VirchowJohannes Peter Müller (1801-1858).[3] In 1857, Haeckel attained a doctorate in medicine (M.D.), and afterwards he received a license to practice medicine. The occupation of physician appeared less worthwhile to Haeckel, after contact with suffering patients.[3] (with whom he later worked briefly as assistant), and with anatomist-physiologist

Haeckel studied under Carl Gegenbaur at the University of Jena for three years, earning a doctorate in zoology,[3] before becoming a professor of comparative anatomy at the University of Jena, where he remained 47 years, from 1862-1909. Between 1859 and 1866, Haeckel worked on many invertebrate groups, including radiolarians, poriferans (sponges) and annelids[4] During a trip to the Mediterranean, Haeckel named nearly 150 new species of radiolarians.[4] [4] Haeckel named thousands of new species from 1859 to 1887. [5] (segmented worms).