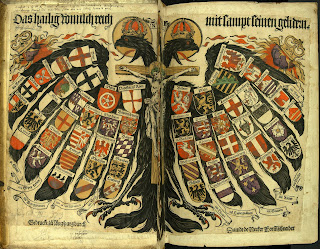 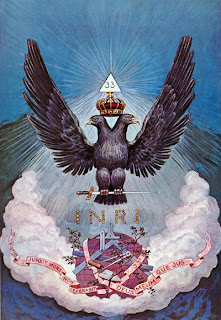 The double-headed eagle is a common symbol in heraldry and vexillology. It is most commonly associated with the Holy Roman Empire and with the Byzantine Empire. In Byzantine heraldry, the heads represent the dual sovereignty of the Emperor (secular and religious) and/or dominance of the Byzantine Emperors over both East and West. Several Eastern European nations adopted it from the Byzantines and continue to use it as their national symbol to this day, the most prominent being Russia. However, the design was in use in the East for centuries before it was officially adopted by the Byzantines, and was independently adopted as the symbol of several other historical states, such as early medieval Armenia and the Seljuk Sultanate of Rûm[citation needed].

Double-headed eagles have been present in imagery for many centuries. The two-headed eagle can be found in archaeological remains of the Hittite civilization dating from a period that ranges from the 20th century BC to the 13th century BC.

Cylindric seals discovered in Bogazkoy, an old Hittite capital in modern-day Turkey, represent clearly a two-headed eagle with spread wings. The aesthetics of this symmetrical position explains in part the birth of this religious figure. It probably dates from the 18th century BC, and was used in a tradesman background. It can also be seen in the same region in two monumental settings: in Alacahöyük around 1400 BC and in Yazilikaya before 1250 BC. Here the context looks different and totally religious: the eagle becomes a divinity symbol. The two-headed eagle slowly disappears during the last Hittite period, from the 9th century BC to the 7th century BC, and totally disappears after the end of the empire.

The double-headed eagle was also in use by the Arsacid Dynasty of Armenia and the Mamikonian family[1] in the 3rd to 9th centuries.