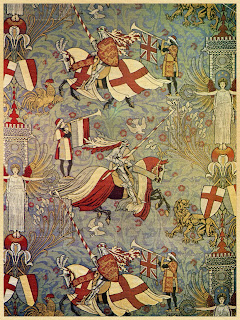 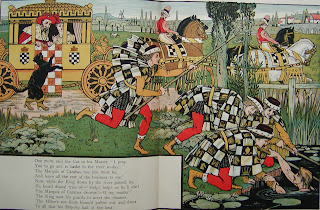 Magnificense Walter Crane was a magnificent book illustrator who also was a master in the decorative arts, collaborating now and then with William Morris. Here is a wall hanging that is pretty magnificent in its own right.

Walter Crane (1845 - 1915) was an English artist and book illustrator. He is considered, along with Randolph Caldecott and Kate Greenaway, one of the strongest contributors to the child's nursery motif that the genre of English children's illustrated literature would exhibit in its developmental stages in the latter 19th century. His work featured some of the more colorful and detailed beginnings of the child-in-the-garden motifs that would characterize many nursery rhymes and children's stories for decades to come. He was part of the Arts and Crafts movement and produced an array of paintings, illustrations, children's books, ceramic tiles and other decorative arts.

Walter Crane was born in Liverpool, England on 15 August 1845, the second son of Thomas Crane, a portrait painter and miniaturist. He was a fluent follower of the newer art movements and he came to study and appreciate the detailed senses of the Pre-Raphaelite Brotherhood, and was also a diligent student of the renowned artist and critic John Ruskin. A set of coloured page designs to illustrate Tennyson's "Lady of Shalott" gained the approval of wood-engraver William James Linton to whom Walter Crane was apprenticed for three years (1859-1862). As a wood-engraver he had abundant opportunity for the minute study of the contemporary artists whose work passed through his hands, of Pre-Raphaelites Dante Gabriel Rossetti and John Everett Millais, as well as Alice in Wonderland illustrator Sir John Tenniel and Frederick Sandys. He was a student who admired the masters of the Italian Renaissance, however he was more influenced by the Elgin marbles in the British Museum. A further and important element in the development of his talent was the study of Japanese colour-prints, the methods of which he imitated in a series of toy-books, which started a new fashion. 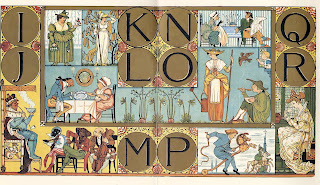 From the early 1880s, initially under Morris's influence, Crane was closely associated with the Socialist movement. He did as much as Morris himself to bring art into the daily life of all classes. With this object in view he devoted much attention to designs for textiles and wallpapers, and to house decoration; but he also used his art for the direct advancement of the Socialist cause. For a long time he provided the weekly cartoons for the Socialist organs Justice, The Commonweal and The Clarion. Many of these were collected as Cartoons for the Cause. He devoted much time and energy to the work of the Art Workers Guild, and to the Arts and Crafts Exhibition Society, founded by him in 1888.

Although not himself an anarchist, Crane contributed to several libertarian publishers, including Liberty Press and Freedom Press. Following the Haymarket bombing, Crane made multiple trips to America where he spoke in defense of the eight anarchists accused of murder.[1]

Walter Crane died on 14 March 1915 in Horsham Hospital, West Sussex. His body was cremated at the Golders Green Crematorium, where his ashes remain. 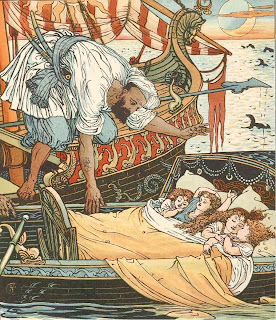 In 1862 his picture "The Lady of Shalott" was exhibited at the Royal Academy, but the Academy steadily refused his maturer work and after the opening of the Grosvenor Gallery in 1877, he ceased to send pictures to Burlington House. In 1863 the printer Edmund Evans employed Crane to illustrate yellowbacks, and in 1865 they began to collaborate on toy books of nursery rhymes and fairy tales.[2] From 1865 to 1876 Crane and Evans produced two to three toybooks each year.[3]

In 1864 he began to illustrate a series of sixpenny toy-books of nursery rhymes in three colours for Edmund Evans. He was allowed more freedom in a series beginning with The Frog PrinceJapanese art, and of a long visit to Italy following on his marriage in 1871. (1874) which showed markedly the influence of

The Baby's Opera was a book of English nursery songs planned in 1877 with Evans, and a third series of children's books with the collective title Romance of the Three R's provided a regular course of instruction in art for the nursery. In his early "Lady of Shalott", the artist had shown his preoccupation with unity of design in book illustration by printing in the words of the poem himself, in the view that this union of the calligrapher's and the decorator's art was one secret of the beauty of the old illuminated books.

He followed the same course in The First of May: A Fairy Masque by his friend John Wise, text and decoration being in this case reproduced by photogravure. The Goose Girl illustration taken from his beautiful Household Stories from Grimm (1882) was reproduced in tapestry by William Morris.

Flora's Feast, A Masque of Flowers had lithographic reproductions of Crane's line drawings washed in with water colour; he also decorated in colour The Wonder Book of Nathaniel Hawthorne, and Margaret Deland's Old Garden. In 1894 he collaborated with William Morris in the page decoration of The Story of the Glittering Plain, published at the Kelmscott Press, which was executed in the style of 16th century Italian and German woodcuts. Crane also illustrated editions of Edmund Spenser's Faerie Queene (12 pts., 1894-1896) and The Shepheard's Calendar. 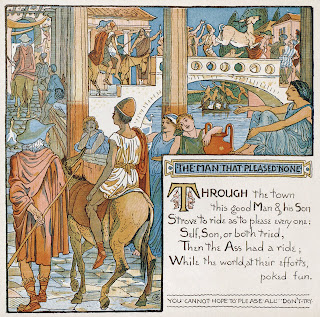 Walter Crane was born in Liverpool on 15th August, 1845. Walter's father, Thomas Crane, was a moderately successful artist. In 1851 the family moved to London with the hope that this would provide Crane with more clients. Unfortunately, just as business was improving, Thomas Crane died.

Soon after his father's death Walter Crane obtained an apprenticeship at William Linton's engraving shop. William Linton had been a member of the Chartist movement in the 1840s and his stories of the struggle for parliamentary reform, had an important influence on Crane's early political development.

Linton was impressed by the quality of Crane's work and helped to find him commissions. This included providing the illustrations for J. R. Wise's book on the New Forest. Crane went to live with Wise for six weeks while he was working on the pictures. J. R. Wise had radical political and religious opinions and introduced Crane to the work of John Stuart Mill, Percy Bysshe Shelley and John Ruskin.

In 1865 Walter Crane saw Work, a painting by Ford Madox Brown, at an art gallery in Piccadilly. The picture, shows the historian, Thomas Carlyle, and the leader of the Christian Socialist movement, F. D. Maurice, observing a group of men working. The painting marked an important development in British art because for the first time an artist had decided that a working man was a subject worth painting. Although Brown's painting did not immediately influence Crane's work, it had a profound impact on his long-term career.

In the 1860s Crane began to take an active interest in politics. He was a supporter of the Liberal Party and some of their more radical politicians such as John Bright, Henry Fawcett and William Gladstone and campaigned for the 1867 Reform Act. Crane gradually developed socialistic views and spoke out in favour of the Communards who attempted to overthrow the French government in 1871. 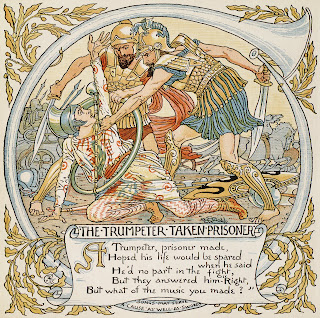 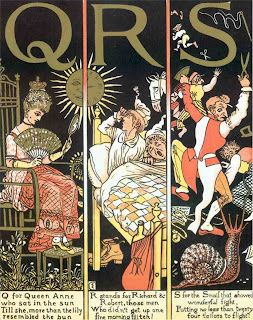 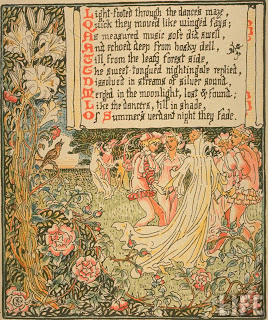 Great article about a great artist!

Fantastic! These are so cool and so much fun!!!
Ming green marble Mosaic