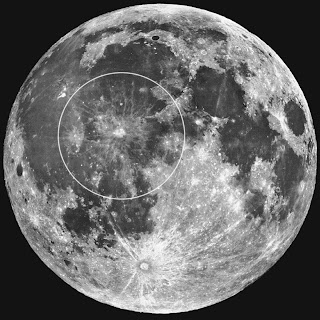 Aristarchus is a prominent lunar impact crater that lies in the northwest part of the Moon'salbedo nearly double that of most lunar features. The feature is bright enough to be visible to the naked eye, and is dazzling in a large telescope. It is also readily identified when most of the lunar surface is illuminated by earthshine. near side. It is considered the brightest of the large formations on the lunar surface, with an

The crater is located at the southeastern edge of the Aristarchus plateau, an elevated area that contains a number of volcanic features, such as sinuous rilles. This area is also noted for the large number of reported transient lunar phenomena, as well as recent emissions of radon gas as measured by the Lunar Prospector spacecraft.

Aristarchus was originally named after the Greek astronomer Aristarchus of Samos by the Italian map maker Giovanni Riccioli. His work Almagestum novum ("New Almagest"), published in 1651, gave the spot-shaped telescopic features (later called craters) eponyms of noted astronomers and philosophers. Although it was already widely adopted, the name didn't become an official international standard until a vote by the IAU General Assembly in 1935.[

The crater Aristarchus, pictured above, stands out in all Earth-based telescopic images of the Moon. Of the larger formations on the Moon, this rayed crater is considered the brightest. It is also distinguished from its surroundings by its elevation on a rocky plateau rising more than 2 kilometers above the dark “mare” of Oceanus Procellarum. For context, we have circled the Aristarchus scar on the Hubble image (large) placed here.

In the Hubble image we see the crater Tycho, a subject of our previous submission, dominating the southern face of the Moon. Well to the north of Tycho is the second most dramatic feature of the Moon, the impressive spidery scar of Aristarchus, covering a much greater area than one might suspect from close-up images of the crater itself. For further context, a darker image we have placed here shows the relationship of the crater itself to the extended filamentary “rays”.

As can be seen most clearly in the Hubble image, the rays or streamers do not all radiate directly from the crater, and they are not linear. These two facts, undeniable on direct observation, make clear that the streamers are not ejecta. Additionally, the close-up images of the crater (as in our picture above) show that many if not all the “rays” are not deposits of ejecta but depressed channels, as if material has been removed from the bright paths by the very event that produced the crater.

Yet strangely, the idea of ejecta from Aristarchus remains the standard explanation. An artificial convergence of scientific opinion has enabled theorists to look past essential and obvious details that challenge the established perspective.

It can be disconcerting to realize that things either ignored or forgotten by astronomers and planetary scientists include countless pointers to a new and far more unified foundation for planetary science. In fact, evidence of past electrical events on the Moon was noted very early in the twentieth century. (See “”Lunar Craters—A Failed Theory”)

More than forty years ago the British journal Spaceflight published the laboratory experiments of Brian J. Ford, an amateur astronomer who suggested that most of the craters on the moon were carved by cosmic electrical discharge. (Spaceflight 7, January, 1965). 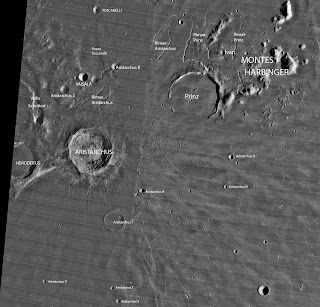 In the cited experiments Ford used a spark-machining apparatus to reproduce in miniature some of the most puzzling lunar features, including craters with central peaks, small craters preferentially perched on the high rims of larger craters, and craters strung out in long chains. He also observed that the ratio of large to small craters on the Moon matched the ratio seen in electrical arcing.

In 1969, just prior to the first Moon landing, Immanuel Velikovsky suggested that rayed craters on the Moon were the result of electric arcs—cosmic thunderbolts. Since terrestrial lightning can magnetize surrounding rock, Velikovsky predicted that lunar rocks would be found to contain remanent magnetism. Astronomers saw no reason to consider such possibilities, and they were caught by surprise when lunar rocks returned by Apollo missions revealed remanent magnetism.

In 1974 the engineer Ralph Juergens published two groundbreaking articles arguing that major features of both the Moon and Mars were electrical discharge scars. Juergens drew attention to both Tycho and Aristarchus on the Moon, suggesting that these features display the unique attributes of cosmic thunderbolts. First, there are the long linear streamers that mark the paths of electrons rushing across the surface toward a regional high point. This is the event that provokes the leader stroke of a discharge. Then, the explosive discharge from a more intense return stroke excavates a crater surrounded by an electrical discharge effect called a “Lichtenberg figure”, a pattern well known in industrial applications of electric discharge.

To illustrate the point, we’ve placed a picture here showing the effect of a lightning stroke on a golf course. The resulting Lichtenberg figure displays a typical “dendritic” pattern (as in the branching of a tree or a drainage system). From the circumference of the figure any filamentary “dendritic” path can be followed back to the discharge point.

On the Moon, in the case of Tycho, Aristarchus, and numerous lesser instances as well, we see Lichtenberg figures superimposed upon the longer linear rays tracing the electron paths that preceded a cosmic discharge. The long linear paths are often slightly “displaced”: In electrical terms they would not be expected to stand in a strictly radial relationship to the focal point of the subsequent discharge. 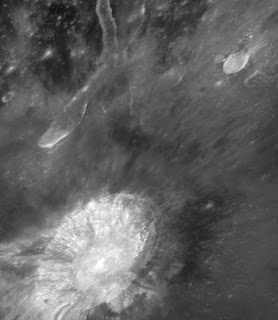 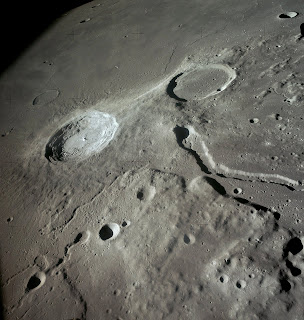 But the paradoxes of scientific perception abound. On the Moon, the Lichtenberg pattern is supposed to mark the trails of debris from an impact explosion. But we see similar Lichtenberg patterns elsewhere in the solar system, and in these cases the accepted “explanations” take us in opposite directions. The entire equatorial region of Venus is covered with effusive Lichtenberg figures, as can be seen in the pictures here and here. These extraordinary patterns are claimed to signify flowing lava—though for this interpretation to hold one has to believe that the familiar dendritic “drainage” was reversed, with the branching occurring downstream: Lichtenberg figures do not make good drainage patterns from the center outward!

Lichtenberg patterns are also present on Saturn’s moon Titan. Here they are said to be “drainage channels” for liquid methane, though we have challenged that interpretation in a previous Picture of the Day. (The connection between the patterns on Titan and Venus was also the subject of an earlier Picture of the Day, “Titan’s Big Sister”).

The value of the Lichtenberg figure is that it is easily and definitively distinguished from the radial pattern of exploding ejecta. Ejecta follow neither fine linear nor dendritic paths. But electrical arcs do, and that is the nature of the most prominent “blast” patterns on the Moon. Look at the Hubble picture again to see if the longer, slightly displaced radial paths, together with superimposed Lichtenberg patterns, are in fact the case. Once discerned, the truth of the matter is impossible to miss. 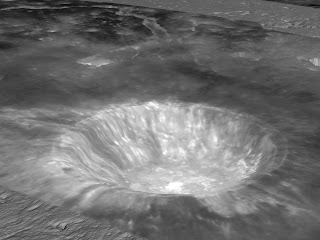 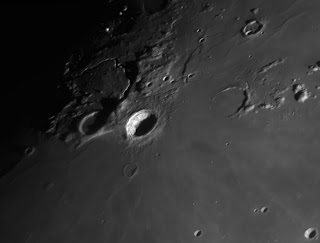 That's where they dropped the NUKE.