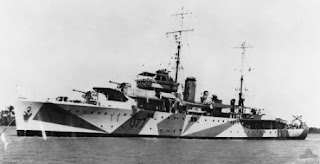 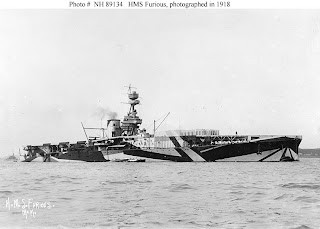 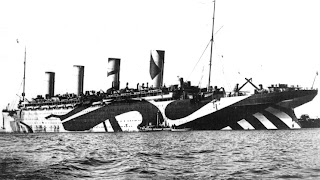 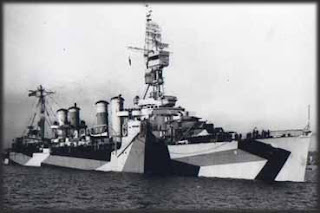 Dazzle camouflage, also known as Razzle Dazzle or Dazzle painting, was a camouflageships, extensively during World War I and to a lesser extent in World War II. Credited to artist Norman Wilkinson, it consisted of a complex pattern of geometric shapes in contrasting colors, interrupting and intersecting each other. 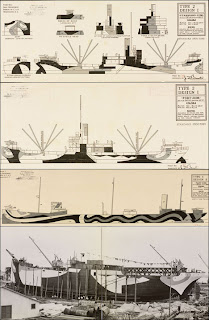 During 1917 and 1918 Maurice L. Freedman was the District Camoufleur for the U.S. Shipping Board in Jacksonville, Florida. He was in charge of dazzling merchant ships. After the War, he came to RISD to study drawing and painting and decorative design. While at RISD he donated over 400 plans and 20 photos of the dazzled ships.

The top-secret nature of camouflage during World War I has made Dazzle one of history's hidden gems, and a collection of Dazzle Camouflage drawings and photographs have recently been rediscovered at RISD. It is believed the RISD collection is one of only two in the United States (the other is at National Archives in College Park, Maryland). Identifying the collection has inspired the RISD library to host an exhibit and symposium.

For many years RISD was not aware of its treasure trove. Identifying this collection has inspired the Library to have this exhibit and symposium. The "Artists at War: Exploring the Connections Between Art and Camouflage" Symposium will examine the questions surrounding the relationship of art and camouflage.

The symposium will be in the Michael P. Metcalf Auditorium in RISD's Chace Center and is free and open to the public on February 14, 2009 from 2-4 pm.