Shiva the Destroyer Statue at CERN 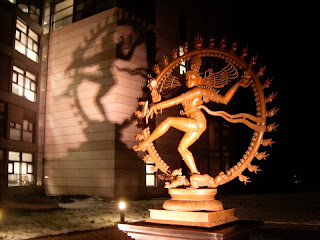 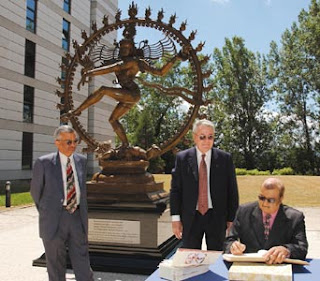 The statue of Lord Shiva at CERN near the building A40. Given by Department of Atomic Energy, India. [1]

The statue is a gift from India, celebrating CERN's long association with India which started in the 1960's and continues strongly today. Unveiled at June 18, 2004.

Indian gift unveiled at CERN: the statue of the Indian deity Shiva was unveiled by His Excellency K M Chandrasekhar, ambassador (WTO Geneva), shown above signing the visitors' book, Anil Kakodkar, chairman of the Atomic Energy Commission and secretary of the Indian Department of Energy, and CERN's director-general, Robert Aymar.