Frank Auerbach was born in Berlin, to Max Auerbach and Charlotte Nora Burchardt, both of whom had studied art.[3] His parents sent him to England in 1939 to escape the Nazis as part of the Kindertransport programme[4]. (The family was jewish; his parents subsequently died in a concentration camp). He left Germany 7 April 1939, a month before his eighth birthday, to attend Bunce Court, a boarding school for refugees near Faversham in Kent, where he was sponsored by the writer Iris Origo. At Bunce Court, he was already seen as an artistic prodigy, and where his work already showed an expressionistic style. He also distinguished himself there as a stage actor.[1][5] Auerbach has remained in England ever since, taking British nationality in 1947.[citation needed] He studied art at St Martin's School of Art in London and later at the Royal College of Art, but was more strongly influenced by lessons with David Bomberg at Borough Polytechnic, and especially so by Bomberg's exploratory attitude. He also encouraged his St Martin's classmate Leon Kossoff to attend Bomberg's classes.[1]

At 17, while playing a bit part in Peter Ustinov's first play House Of Regrets, he met the 32-year-old Estella Olive West, (generally known as "Stella" but referred to as "E. O. W." in the titles of his works), a widowed amateur actress who ran a boarding house in Earl's Court whose residents at the time included historian and novelist Len Deighton. She would be his lover for the next 23 years (including after his marriage to fellow Royal College of Art student Julia Wolstenholme) and also one of his most-depicted models. With her, he established his pattern of working and reworking paintings, so that some works took hundreds of sittings to complete: "It was quite an ordeal," West later remembered, "because he would spend hours on something and the next time he came he would scrape the whole lot down. That used to upset me terribly. I wondered what I was doing it all for." Their relationship was "often fraught, occasionally bordering on violence"; both agree that the violence was mainly Stella's, but that his work captured that intensity.[1][6]

His paintings of E. O. W. featured in Auerbach's 1955 Royal College of Art graduation show, leading Helen Lessore of the Beaux Arts gallery to give him his first solo exhibition in January 1956. While reviews of that show were mixed, David Sylvester of The Listener declared it "The most exciting and impressive first one-man show by an English painter since Francis Bacon in 1949."[1] Auerbach had five solo shows at the Beaux Arts Gallery between 1955 and 1963.[3][2] (Before Kossoff, the studio had been used by Gustav Metzger, who was also a young Jewish refugee from Nazi Germany.[3]) He was slow to find his artistic bearings again; in nearly two years he produced no paintings, and only 10 drawings. "I somehow felt that what had been private had become public," the Guardian quoted him saying in 2001. "I had put myself into a uniform: there I was, this chap who had done these thick paintings in earth colours."[1] Auerbach married Julia Wolstenholme in 1958; they had one son, Jake; but they broke up over his continuing, passionate relationship with Stella West. They reunited in 1976, after he and Stella had split.[1] While still a student at the Royal College, he took over from his friend Leon Kossoff the Camden studio that has been his base since. 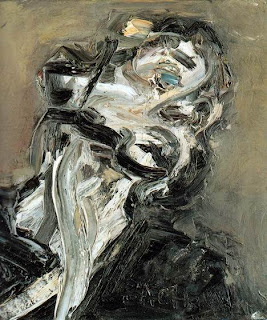 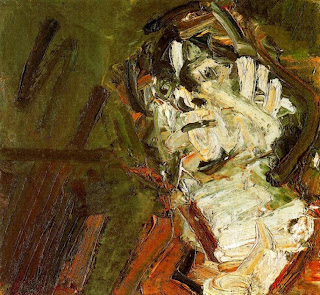 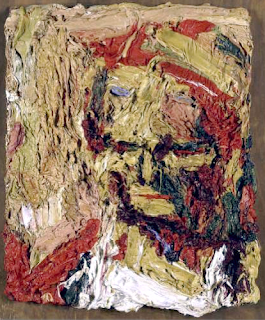