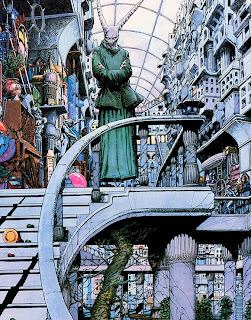 Barry Windsor-Smith is a British comic book illustrator and painter whose best known work has been produced in the United States. His international acclaim came as the original artist for Marvel Comics’ Conan the Barbarian from 1970 to 1974, where he rapidly evolved a sophisticated and intricate style, introducing elements from diverse artistic influences to graphic storytelling…Read more http://en.wikipedia.org/wiki/Barry_Windsor-Smith

Barry also has his own extensive portfolio site at: http://www.barrywindsor-smith.com/