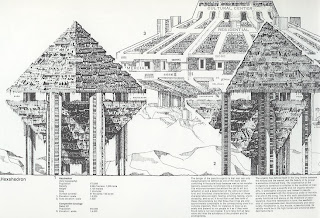 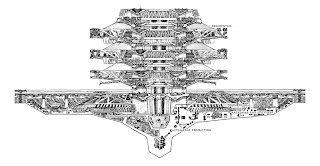 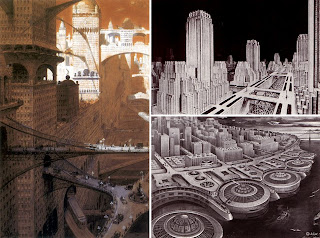 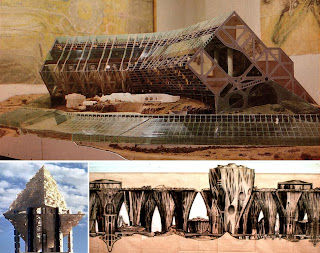 Born in Turin, Italy on June 21, 1919, Paolo Soleri was awarded his Ph.D. with highest honors in architecture from the Torino Polytechnico in 1946. He came to the United States in 1947 and spent a year-and-a-half in fellowship with Frank Lloyd Wright at Taliesin West in Arizona, and at Taliesin East in Wisconsin. During this time, he gained international recognition for a bridge design displayed at the Museum of Modern Art and published in The Architecture of Bridges by Elizabeth Mock.

He returned to Italy in 1950 where he was commissioned to build a large ceramics factory, "Ceramica Artistica Solimene." The processes he became familiar with in the ceramics industry led to his award-winning designs of ceramic and bronze windbells and siltcast architectural structures. For over 30 years, the proceeds from the windbells have provided funds for construction to test his theoretical work.

In 1956 he settled in Scottsdale, Arizona, with his late wife, Colly, and their two daughters. Dr. and Mrs. Soleri made a life-long commitment to research and experimentation in urban planning, establishing the Cosanti Foundation, a not-for-profit educational foundation.

The Foundation's major project is Arcosanti, a prototype town for 5,000 people designed by Soleri, under construction since 1970. Located at Cordes Junction, in central Arizona, the project is based on Soleri's concept of "Arcology," architecture coherent with ecology. Arcology advocates cities designed to maximize the interaction and accessibility associated with an urban environment; minimize the use of energy, raw materials and land, reducing waste and environmental pollution; and allow interaction with the surrounding natural environment.

A landmark exhibition, "The Architectural Visions of Paolo Soleri," organized in 1970 by the Corcoran Gallery of Art in Washington, DC, traveled extensively in the U.S. and Canada, breaking records for attendance. "Two Suns Arcology, A Concept for Future Cities" opened at the Xerox Square Center in Rochester, New York, in 1976. In 1989 "Paolo Soleri Habitats: Ecologic Minutiae," and exhibition of arcologies, space habitats and bridges, was presented at the New York Academy of Sciences. Most recently, "Soleri's Cities, Architecture for the Planet Earth and Beyond" was featured at the Scottsdale Center for the Arts in Scottsdale, AZ. His work has been exhibited worldwide.

He has written six books and numerous essays and monographs. When he is not traveling on the international lecture circuit, Soleri divides his time between Cosanti, the original site for his research located in Scottsdale, and Arcosanti.

Arcology is Paolo Soleri's concept of cities which embody the fusion of architecture with ecology. The arcology concept proposes a highly integrated and compact three-dimensional urban form that is the opposite of urban sprawl with its inherently wasteful consumption of land, energy and time, tending to isolate people from each other and the community. The complexification and miniaturization of the city enables radical conservation of land, energy and resources.

An arcology would need about two percent as much land as a typical city of similar population. Today’s typical city devotes more than sixty percent of its land to roads and automobile services. Arcology eliminates the automobile from within the city. The multi-use nature of arcology design would put living, working and public spaces within easy reach of each other and walking would be the main form of transportation within the city.

An arcology’s direct proximity to uninhabited wilderness would provide the city dweller with constant immediate and low-impact access to rural space as well as allowing agriculture to be situated near the city, maximizing the logistical efficiency of food distribution systems. Arcology would use passive solar architectural techniques such as the apse effect, greenhouse architecture and garment architecture to reduce the energy usage of the city, especially in terms of heating, lighting and cooling. Overall, arcology seeks to embody a “Lean Alternative” to hyper consumption and wastefulness through more frugal, efficient and intelligent city design.

Arcology theory holds that this leanness is obtainable only via the miniaturization intrinsic to the Urban Effect, the complex interaction between diverse entities and organisms which mark healthy systems both in the natural world and in every successful and culturally significant city in history.