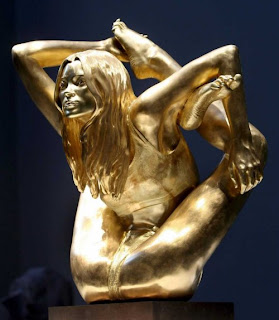 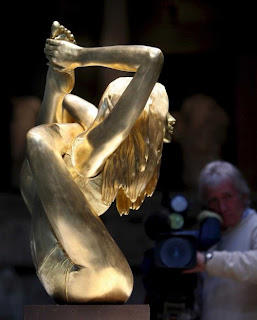 Siren is the work of artist Marc Quinn whose most famous sculpture was Alison Lapper Pregnant which appeared on the Fourth Plinth in Trafalgar Square.
His sculpture of Moss said to be the largest gold statue to be made in the world since the time of Ancient Egypt.
Speaking about choosing the supermodel as a subject, Quinn said: “I thought the next thing to do would be to make a sculpture of the person who’s the ideal beauty of the moment.”
The 50kg statue will be displayed in the Nereid Gallery of the British Museum, alongside other statues such as Crouching Venus, a Hellenistic model of Venus surprised while bathing.
Quinn’s latest work, which shows Moss in a yoga pose, is part of a collection, entitled Statuephilia, by contemporary artists going on display at the British Museum.
It is the second time the London-born artist has used the model as his muse. He previously created Sphinx, a white-painted bronze sculpture of the fashion icon.
Quinn is also known for Self, a bust of his head made from eight pints of his own frozen blood.
Other artists exhibiting include Damien Hirst and Angel of the North creator Anthony Gormley.
Gormley said: “The British Museum is a laboratory of possibility for any creative mind. It is filled with objects that reach across time and touch us intimately.
“Seeing as a child the great head of Rameses and the Assyrian winged bulls at the British Museum was what made me become a sculptor.”
The exhibition will run from October 4 to January 25. 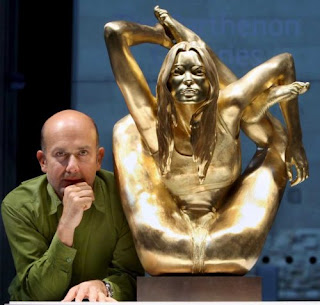 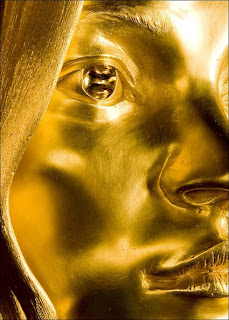