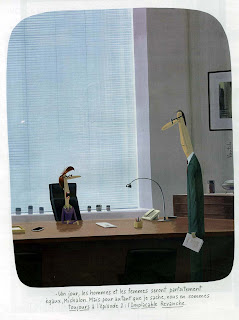 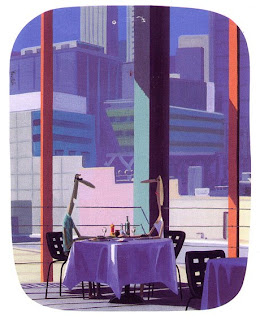 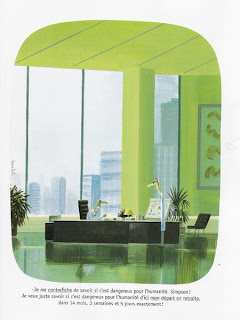 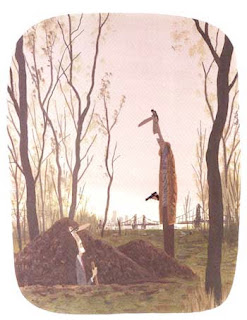 Voutch. This Is as Bad as It Gets.This Is as Bad as It Gets should get the ball rolling for the French humorist. Voutch discovered his knack for cartooning relatively late in life; lucky for us, he didn’t miss his window altogether. This amusing and witty American debut flaunts 150 beautiful, full-color gouache painting cartoons. In a world populated by long, thin characters with tall faces and prominently exaggerated noses, Voutch’s humor is both cynical and sardonic—nothing is lost in translation. The irony of contemporary civilization shines through via tactless doctors, human clone relationship issues, and other dysfunctional personalities. Despite the sarcastic nature of Voutch’s humor, his illustrations are filled with vibrant, life-affirming colors. He is constantly aware of color scheme and has a wonderful sense of space, especially when it comes to vast skies and soaring, expansive walls. Strongly recalling mid-century stylings, Voutch’s single frame cartoons are pure works of art. It’s refreshing to see such a strong debut from a relative unknown. While the collection is not essential, it certainly could be a worthwhile experience for most readers—not bad for a one-time boomerang throwing cochampion of the world.—David Garza, AWBERC Lib., U.S. EPA, Cincinnati Andrews McMeel. Oct. 2007. 125p. ISBN 978-0-7407-4672-7. pap. $16.95. F Just who is this Voutch fellow? While I wouldn’t vouch for Voutch’s celebrity, at least not in the United States,