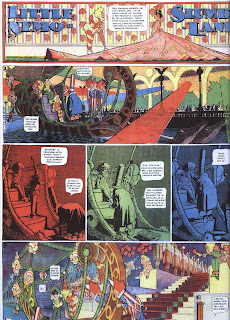 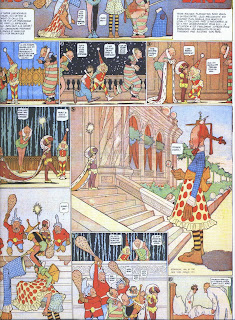 A prolific artist, McCay's pioneering early animated films far outshone the work of his contemporaries, and set a standard followed by Walt Disney and others in later decades. His two best-known creations are the newspaper comic strip Little Nemo in Slumberland, which ran from 1905 to 1914, and the animated cartoon Gertie the Dinosaur, which he created in 1914.

His comic strip work has influenced generations of artists, including creators such as Moebius, Chris Ware, William Joyce, and Maurice Sendak.

McCay was the son of Robert McKay (later changed to McCay) and Janet Murray McKay; Robert at various times worked as a teamster, a grocer, and a real estate agent. Winsor's exact place and year of birth are uncertain — he claimed to have been born in Spring Lake, Michigan in 1871, but his gravestone says 1869, and census reports state that he was born in Canada in 1867. He was originally named Zenas Winsor McKay, in honor of his father's employer, Zenas G. Winsor. He later dropped the name Zenas.

In 1886, McCay's parents sent him to Cleary's Business College in Ypsilanti, Michigan to learn to be a businessman. While in Ypsilanti, he also received his only formal art training, from John Goodison of Michigan State Normal College (now known as Eastern Michigan University). Goodison taught him the strict application of the fundamentals of perspective, which he put to significant use later in his career. Goodison, formerly a glass stainer, also influenced McCay's bold use of color.

In 1889, McCay moved to Chicago, intending to study at the Art Institute of Chicago, but due to lack of money had to find employment instead. He worked for the National Printing and Engraving Company, producing woodcuts for circus and theatrical posters. Two years later, he moved to Cincinnati, Ohio and went to work as an artist for Kohl and Middleton's Vine Street Dime Museum. While in Cincinnati he married Maude Leonore Dufour. 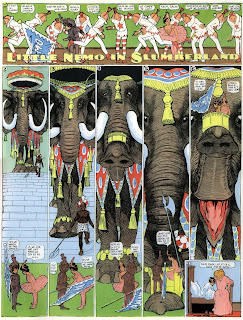